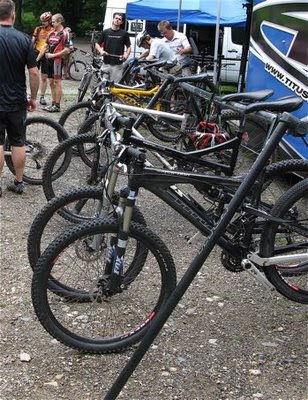 While our first responsibility was to be on hand to guide riders around the Park as they test rode a Titus, our real agenda was to get on a few bikes ourselves, and put them through their paces. Getting a chance to demo bikes in my home Park was an opportunity I didn't want to miss, so I made the most of it.

My personal race bike is a titanium Racer-X, which I rode as a benchmark on my first tour. I enjoy the precise handling and almost telepathic steering of the Racer-X. The ride, while I wouldn't call it plush, certainly is quite comfortable, with the rear suspension being set up firm, it still absorbs Ringwoods' rough terrain, allowing me to ride it for hours without being punished. Pedaling efficiency rewards the rider, while the suspension lets the tire hug the ground for traction.

On my second tour, I tried a 29'er Racer-X. I have to preface this review with the caveat that I'm not a big fan of 29'ers, having only tried one once before. My first impression was that I felt like I was riding my big brothers' bike, or was driving a large truck. Once I got moving though, things sort of worked themselves out, and I got a little more comfortable. I think the suspension was a little firmer than I like, and I wasn't getting all the travel out of it. At any rate, it felt more like a hard tail than my 26" wheel Racer-X. I was surprised when I tried to wheelie over a log, and could barely get the front wheel off the ground. The skill requires a lot more effort than with a 26" wheel bike. On the other hand, I did notice that those big wheels just keep going over all those "baby heads". Even at low speeds, I could just plod along, and the bike just kept rolling.

I saved the best for last... On my third trip showing folks around, I took out an El Guapo. I was eager to try the "handsome one" and compare it to my current favorite ride - My Yeti 575. The El Guapo was similarly equipped with a Fox 36 Talus fork, which I rode in the full open (6" travel) position. The first thing I noticed was that this is no ordinary 6" bike. For starters, it felt light. I think the test bike came in just over 30 lbs. My Yeti is around 32 lbs. Secondly, the rear suspension is more like the Racer-X, in that it was incredibly tight, and not the least bit sloppy. I can attest to the fact that I did get all 6" of travel, but it climbs like a shorter travel bike. What more could you want in a trail bike? Another tester mentioned that he thought it should be illegal- How could so much suspension feel so light, and climb so well?

My opinion? The Racer-X is a full on race machine that loves to be pushed hard, and rewards the rider with lightning fast response, yet is comfortable enough to not be punishing in rough terrain.

29'er Racer-X? Not necessarily my cup of tea, but then again, I'm not fond of the big wheeled bikes in my home terrain.

The El Guapo Is hands down my favorite trail bike, and I will most likely purchase one for next season.

You may ask where does the Moto Lite (5" travel) fit in? Although I didn't ride one myself, My wife, Ellen, rides one, and she loves it. I might suggest that a rider of smaller stature would get out of the Moto Lite what a larger rider gets out of the El Guapo, without having to deal with the issue of increased stand-over height, and weight. Besides, If you already have a shorter travel bike, like the Racer -x, and want more suspension, then I say go big! Skip the Moto Lite, and go right to the El Guapo. 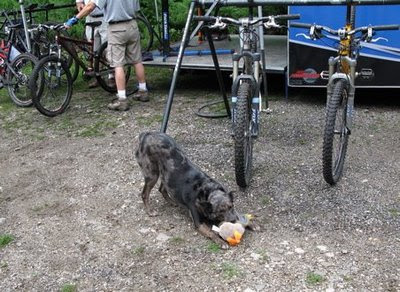 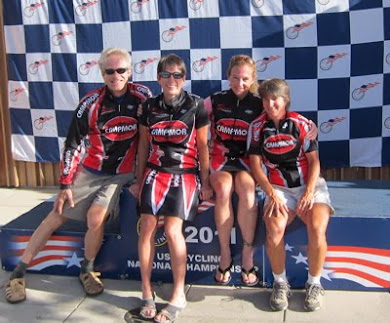 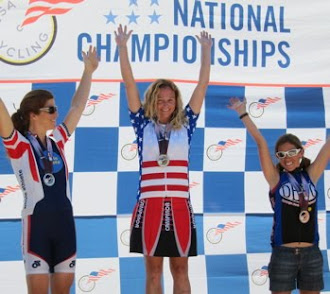 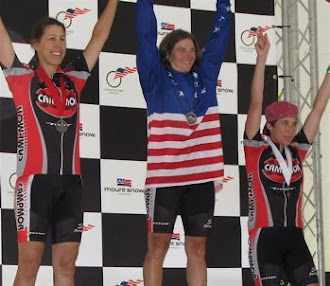 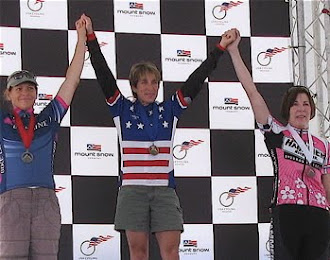 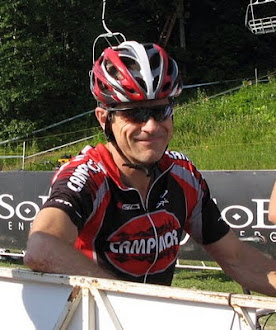 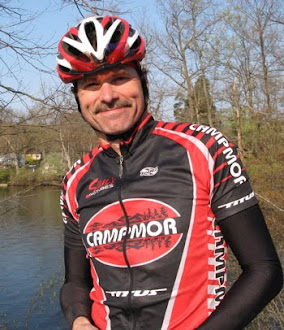 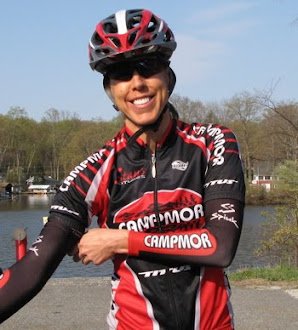 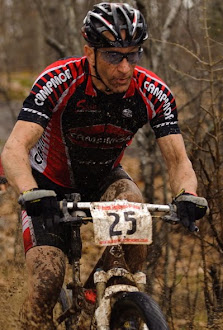 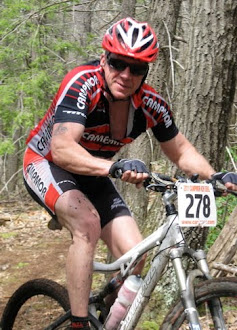 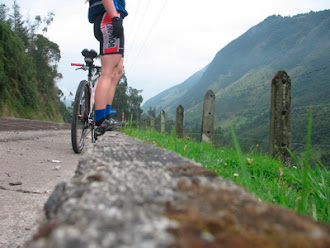 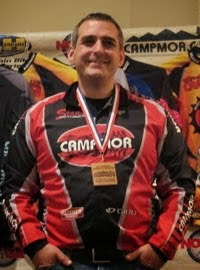 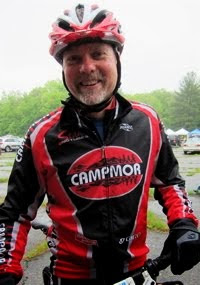 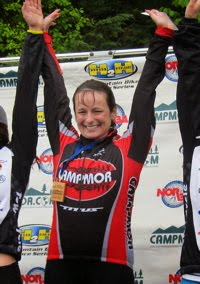 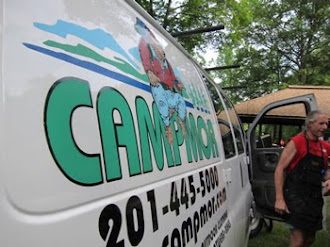 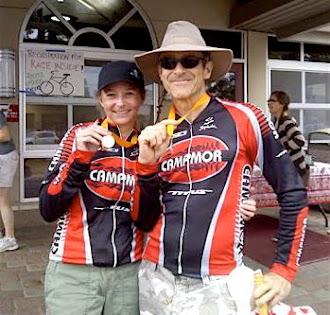 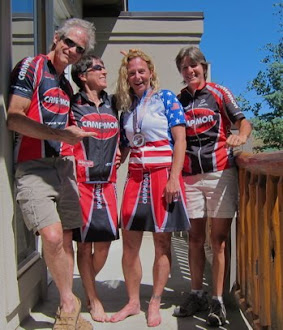 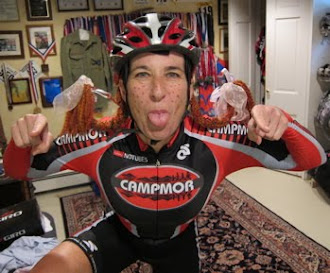